Human approach towards relationships is getting weirder and harder. It’s already hard to find a suitable partner or sustain a relationship these days. And when you hear about people falling in love with objects, it complicates matters even further. If humans start to prefer objects rather than their own species than you are literally lost for words! Objectophilia or object sexuality refers to individuals, who tend to develop strong romantic attachments or bonds with objects or structures. The term came to light earlier this year, when 45 year-old American Carol Santa Fe made headlines for marrying a train station. We got in touch with experts Shivani Misri Sadhoo psychologist and relationship counsellor Sudha Anantharam from your dost, who list out five reasons why one could be suffering from objectophilia.

People who are extremely shy and lonely, have difficulty in establishing normal relationships. Engaging in a conversation is hard for them. They have a vacuum in their life, which they fill by having a relationship with objects such as dolls, phone, jewellery etc.

Some people prefer one-sided relationship because they aren’t great at receiving feedback. They also have extremely fragile egos. So, they don’t like it if their partner talks back or disagrees with them. In order to avoid arguments or disagreements such people prefer a relationship with an object rather than an actual human being.

Not a pleasant childhood

In few cases, people don’t have a pleasant childhood while growing up. This could be for various reasons. However, this affects their capability to form healthy relationships with other people. They feel that relationship with objects, is easier as an object is unable to hurt their feelings, which might get hurt in an actual relationship.

It’s all in the structure

At times, people have a very specific or let’s just say weird preference for physical attributes of a structure. For example, few years ago 46 year- old American Erika LaBrie married the Eiffel Tower in France because she was enamored by its structure. Psychologists are still trying to figure this one out yet!

According to experts, animism is one the strangest reasons why one can suffer from objectophilia. Animism is the religious belief that objects and structures possess a distinct spiritual presence. Hence, the phrase “That doll is possessed”. Yes, let that sink in. Potentially, animism perceives all things —animals, plants, rocks, rivers, weather systems, human handiwork as animated and alive. So, we shall just leave it at that. 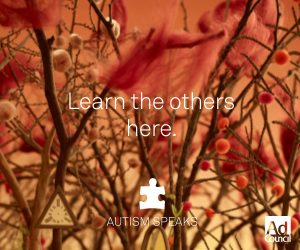