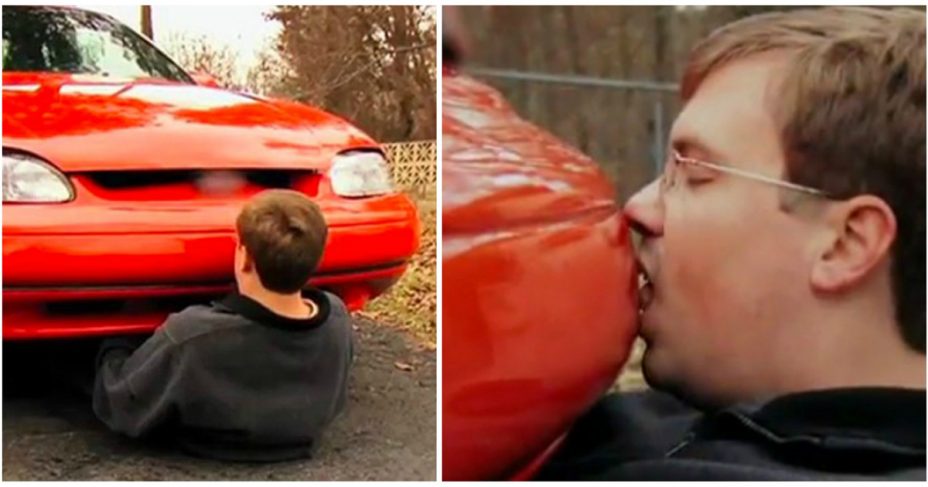 It’s no secret that we’ve come a long way in terms of our sexualities and how we perceive them in public. However, some sexual ideas remain weird and outright bizarre for the majority. One of these is objectophilia or object sexuality.

In this kink, people fall in love and enjoy intercourse with inanimate objects to which they contribute living qualities. As such, allow us to take you through the ins and outs of this practice in the following few paragraphs.

The way we approach dating is becoming much harder and somewhat odder for many folks. They have a hard time finding the right partner and sustaining a meaningful relationship with them. Yet, when someone mentions how there are individuals who love objects, things get even weirder and almost Twilight-Zone-like.

But what is objectophilia? Well, it’s when humans love and have romantic feelings for objects or even structures. Back in 2017, this sexual orientation made big headlines when a 45-year-old man from the United States married an actual train station. So, if this isn’t exactly normal, what causes objectophilia? Well, let’s find out. 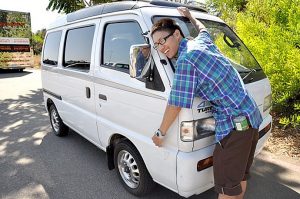 One of the reasons why people have objectophilia is a specific childhood trauma. And this is of no wonder, we presume. After all, many things that hurt us in later life come about when we’re kids and still learning about the world around us. So, in the end, it all comes down to having a not so normal childhood.

Growing up wasn’t exactly ideal for some people of this sexual orientation. Due to various reasons, they couldn’t develop capabilities to have healthy and so-called normal relationships with others. For them, dating an object is much easier, so they turn to it rather than bonding with other humans. After all, objects can’t hurt your feelings, right?

How often do you find yourself on the receiving end of negative feedback in a relationship? And no, no one likes to think of themselves critically. But communicating and sharing opinions make relationships function properly. Still, some people just can’t cope with that, so they opt to date objects and be objectophiles.

With their extremely fragile egos, they tend to shift towards structures and objects who won’t mind if they do this or that. Moreover, there are no disagreements, fights, or brawls with something that’s not alive. Regardless of how abnormal this might sound, it’s still an understandable reason for having a relationship with objects.

You’d have to be living under a rock not to know about that woman who married the Eiffel Tower in Paris, France. Erika Eiffel is one of the major advocates for objectum sexuality as much as she’s a well-renowned sports archer. Yet, those that oppose her views argue that her lack of social development brought about her sexual and romantic attraction to the famous structure in the City of Love.

Namely, shy and lonely people are often OS individuals. Once again, the reason is their inability to form and maintain relationships with others. Although we can’t say that for Erika, experts suggest that her peers can’t engage in conversations like the rest. They, therefore, have certain vacuums in their lives, which they tend to fill up with belief that objects can hear and be in love with them.

So, you don’t know who Erika Eiffel is, but you’ve heard about animism? Oh, you didn’t. That’s okay. It’s not something brought up at family dinners that often. Either way, let’s briefly explain it, shall we? Namely, animism is a set of beliefs that everything has a soul. The word comes from Latin, and it means that animals, mountains, tables, and all other living creatures and objects can process thoughts as we do.

Some experts propose that OS people believe in this deeply. It’s common for children, but men and women grow out of it as they develop. Animism is a common theme in horror. You know, dolls that are possessed and such. Yup! Those quirky tropes come from this religious belief, and some people actually believe in it. So let that sink in. Of course, not everyone who’s sexually attracted to object is religious, but they have their spiritual ideas like the rest of us.

Another reason why people lose their minds romantically for inanimate objects are their structures. For example, Erika, whom we’ve mentioned, was enamored with Eiffel Tower’s size and claims that was why she fell in love with the famous sight. Nevertheless, there is no explanation that psychiatrists can give about this phenomenon. Some people just find certain details attractive and form bonds with them in their heads. So, Berlin Wall, you’re next.

Is It Developed or Acquired?

When it comes to objectophilia, there are many debates. From this to that, there are no straight answers yet. Such discussion led people to advocate for this sexual orientation, asking for wider recognition. But, there is one question that tops all others,that is, whether object sexuality is developed or acquired. Well, let’s find out.

Recent studies suggest that OS is acquired. Moreover, there are links between it and two specific mental traits — autism and synesthesia. Autism is a neurodevelopmental condition that prevents people from having reasonable social connections with others. On the other hand, synesthesia is when you mix different senses, like hearing and seeing.

In simple terms, OS people struggle to form relationships with other people and they “hear” objects. Due to this combination, they decide to fall in love with objects. There are, of course, people who decide one day that they will become objectophiles, and that’s their choice. Whether it’s due to this or that, we won’t go into it. It’s their preference.

This website uses cookies to improve your experience while you navigate through the website. Out of these cookies, the cookies that are categorized as necessary are stored on your browser as they are as essential for the working of basic functionalities of the website. We also use third-party cookies that help us analyze and understand how you use this website. These cookies will be stored in your browser only with your consent. You also have the option to opt-out of these cookies. But opting out of some of these cookies may have an effect on your browsing experience.
Necessary Always Enabled
Necessary cookies are absolutely essential for the website to function properly. This category only includes cookies that ensures basic functionalities and security features of the website. These cookies do not store any personal information.
Non-necessary
Any cookies that may not be particularly necessary for the website to function and is used specifically to collect user personal data via analytics, ads, other embedded contents are termed as non-necessary cookies. It is mandatory to procure user consent prior to running these cookies on your website.
SAVE & ACCEPT